We are deeply moved by the current developments in Ukraine. And we would like to lend a hand! Therefore, the Willersinn Group has set up a collection point for donations in kind today.

We stand against war and on the side of all those who stand up against it.
We are for democracy, peace and freedom as unchangeable basic rights. 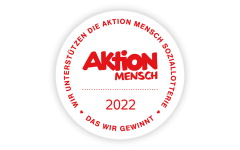 Together we achieve more!

Social commitment is important to us.

This year IGATEC GmbH once again supports the “Aktion Mensch“.

Here, projects are supported that help to improve the living conditions of people with disabilities, children and teenagers.

20 years IGATEC GmbH – A success story with a future

The company IGATEC GmbH was founded on 01.10.2001 and today celebrates its 20th anniversary.Since its foundation, the company has grown steadily.
Not least, we owe this to the excellent performance of each individual employee.
At this point we would also like to thank all business partners and customers for the good cooperation in the past years. 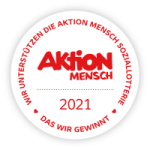 Together we achieve more!

Social commitment is important to us.

Here, projects are supported that help to improve the living conditions of people with disabilities, children and teenagers. 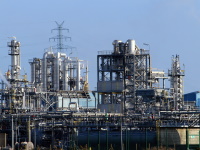 In December 2020, IGATEC GmbH will start a new project in North Rhine-Westphalia.

4 CO2-loading stations will be modified for the loading of tank trucks and rail tank cars.

Completion of the work is scheduled for February 2021. 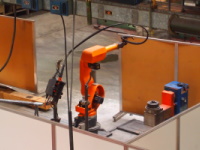 On 11.03.2020 our production facility received the following certificates:

IGATEC International GmbH in Hagen has reduced the starting and friction torques of W, T and V pipe swivel joints by up to 85%.

In many cases, these bending and torsion loads have prevented the use of hoses in combination with swivel joints and have, for example, required the use of swivel joint shears (flexible piping), which has entailed higher investment costs.

With the new generation of smooth-running pipe swivel joints, a large number of applications can now be realized which were previously not possible or for which short service lives were accepted due to the lack of alternatives.

A positive side effect of smooth running is a basically longer service life of the seals due to lower internal friction.

In behalf of ENGIE, IGATEC has taken into operation several charging points for electric vehicle.

Two charging stations with the power of 3.7kW and 22kW have been installed at Siemensstr. 18 in Speyer.

Another charging point with the power of 3.7 kW has been installed on the oil production site “Cluster2” near Franz-Kirrmeier-Straße / Müllberg. At these locations, ENGIE’s electrical company vehicles can be recharged.

IGATEC obtains the order for the basic engineering of a filling station for a new tank car on the company grounds Hohen Schaar of VOPAK Terminal in Hamburg.

The planning part of IGATEC includes: 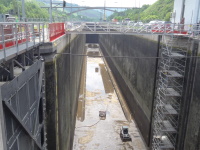 Maintenance and repair work on the cathodic corrosion protection (CCP) plants of the barrage in Rehlingen, Mettlach and Kanzem for Waterways and Shipping Office Saarbrücken

Within the framework of checking of CCP plants at the watergates on the upstream and downstream end of a lock following works were carried out by the IGATEC:

After completion of works the lockage is back in operation since the end of June.

After 4 days of commissioning the mobile test plant of GDF SUEZ in Speyer (Clusterplatz I) goes on line on the 8th of April 2016. This plant is designed for any kind of production tests on oil wells. This facility allow crude oil production from new wells as well as all required jobs after cleanouts of oil, gas and geothermal wells.

Due to its modular construction, this plant has a wide field of application, e.g. for pigging test runs at oil or gas pipelines or long-term production tests at wells.

Components of the plant: 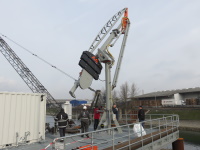 Within the scope of modernizations MINERA Mineralöl GmbH in Mannheim has commissioned IGATEC to deliver a new ship loading arm for the renewed loading platform.

The ship loader is designed according to state-of-the-art and equipped with a safety system. In case of drifting off ship, this system warns the operator by visual and acoustic signals in time and in case of emergency will disconnect the ship from the jetty by an ERC – Emergency Release Coupling. If this BAC – Break Away Coupling – is activated both orifices of this coupling are immediately closed within split seconds in order to prevent the escape of the product.

On Tuesday, 11.24.2015, at 7:00 in the morning the loading arm is delivered by heavy goods transport to Mannheim harbor. Where 2 cranes are already waiting to elevate the 13.5-ton ship loading arm from the truck and bring it into a vertical position. Then the arm is transferred from the heavy-duty crane to the floating crane and fixed thereon with 4xM42 bolts for transport to the loading platform of MINERA.

Half an hour later the floating crane reaches the loading platform and passes the ship loader to the assembly crew that is already waiting on the platform. The crew fixes it with 8xM42 bolts in its final working position. The transport locks on the balance weights are subsequently removed and the flexible pipes mounted to the cantilever.

Only 5 hours have passed from the delivery to the successful final assembly of the new loading arm DN200.

he new plant to be erected consists of following main components:
– Double-track loading platform for rail tankers (RT) with a capacity of 10 stations per track (if necessary emptying of RT with nitrogen) equipped with IGATEC loading arms for liquefied gas
– Single-track preparation station with 10 stations
– Emergency emptying system for one damaged rail tanker

The loading establishment design allows loading and unloading of rail tankers truck with LPG on the same track. The emptying of the rail tankers is operated by nitrogen. The automated LPG loading platform consists of following equipment:

The plant has a capacity of 750m³/h and therefore can load and unload during maximal 2 hours up to 1500m³ of LPG. This corresponds with exactly 20 rail tank trucks of 73,1m³. 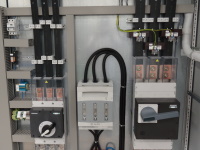 IGATEC GmbH currently supports the refurbishment of a tank farm terminal for chemical and petrochemical products in Port of Hamburg. IGATEC executes revision and renovation of the EMRC technology of 3 tank farms, several ship loading stations, as well as rail car and tanker loading station and installation of a new tank.

The range of delivery includes construction and installation of low voltage junctions as well as delivery, installation and connection of the electrical measuring devices, production facilities and control sections.

Additionally the customer-supplied control systems (Emerson) and frequency converters will be integrated and cable runs to tank farms and pumping stations reinstalled. IGATEC executes complete rewiring of reorganization measures and finally performs the start-up of installed equipment together with sub-suppliers of components. 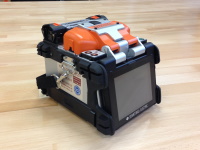 IGATEC GmbH is currently splicing singlemode fiber optics for a leading bio-pharmaceutical company. These fiber optic cables are used to build up an internal technology-network e.g. for energy management.

During the splicing process two cleaved fibers are precisely aligned by the fusion splicer and fused by an electric arc. For this purpose cable ends are stripped and cleaned first. Then 1248 splices are carried out by automated fusion splicer. Last but not least the splices are checked by OTDR measurements and corresponding reports are provided to the customer.

IGATEC International GmbH starts into 2015 with a new project:
A leading manufacturer of steel mills has ordered 8 large rotary joints. These rotary joints will be designed, manufactured and delivered for the use at large steel converters.

Rotary joints for converters are used in steelworks at the trunnion of the converter. They connect the rigid piping of the steelwork with the rotatable converter supplying gases, air and cooling water. The oxygen e.g. has to be blown into the liquid melt to remove carbon from molten pig iron. Argon and nitrogen are injected to sustain mixing of the melt.